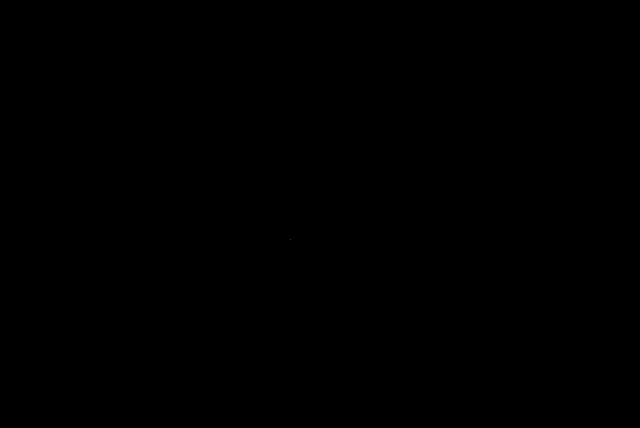 Allan Sekula in Leuven (2005): Staging a Tidal Wave, for a "Meditation" on Today's "Workers' Struggles"

STAGE SETTING 1: THE ARENBERG SITE, SUMMER 2005. Between 1 and 8 September 2005, each night a film was screened at Cinema Zed in Leuven. Entrance was free. The program, entitled “Meunier in Dialogue,” was composed by Allan Sekula. Starting with Sekula’s Tsukiji (2001), it was followed the next evening by his The Lottery of the Sea.2 The subsequent screenings, including among others Henri Storck and Joris Ivens’ Misère au Borinage (1933) and Barbara Kopple’s American Dream (1990), completed Sekula’s representative sample selection of movies addressing the history of “workers struggles.” (Sekula, email, 30 June 2005) With this film sequence, Sekula created a broader discourse around his highly acclaimed exhibition of the large-size billboard sequence Shipwreck and Workers (Version 2 for Leuven), which he attached on various outside walls of the STUK Arts Centre from 22 August until 25 September 2005. […]

STAGE SETTING 2 (FLASHBACK): THE ARENBERG SITE, SUMMER 1909. Exactly in 1909, the first posthumous retrospective exhibition of Meunier’s works was held in Leuven. Organized on the very same site of the, back then, still brand new Chemical Institute, it was there that the plasters for Meunier’s Monument to Labor — on which he had been steadily working from 1880 onwards until his death in 1905 — were publicly shown for the first time.4 Thus, almost a century later, Sekula realized, on the same location, a monumental installation, which he hurried to rather cryptically identify as “a kind of public ‘anti-monument’ to labor. (Since every capitalist enterprise today is a monument to ‘anti-labor’).” (email, 4 August 2005)

As an artist, writer, and activist, Sekula felt extremely troubled by his first-hand knowledge of contemporary labor conditions in which workers continue to execute their job without being able to allow themselves to “think.” For that reason, Sekula selected photographs of workers in the Shipwreck and Workers sequence “either absorbed in work or posing at rest, even if only for a brief moment.”5

[…] Accompanied by explanatory captions of his own hand, Sekula hoped that Shipwreck and Workers could “amount to a meditation on social realism and the legacy of Constantin Meunier”.  (Sekula, “Exhibition Proposal for STUK, August-September 2005,” unpublished text, 23 February 2005)

THE DIALOG. The concrete occasion for this intense engagement by Sekula with Meunier was an initiative of the former City Museum of Leuven (now M – Museum Leuven) to commemorate the centenary of Constantin Meunier’s death, in which the then recently founded Lieven Gevaert Centre (LGC) joined as a partner. Meunier taught history painting at the Leuven Art Academy from 1887 until 1897, leaving many traces of that productive decade throughout town. To complement an exhibition highlighting the presence of his works in the city’s public and private spaces, the project’s organizing committee specifically approached Allan Sekula. In his initial response to the invitation letter, Sekula readily expressed esteem for Meunier’s work: “Thank you for this very interesting proposal. … I know and appreciate the work of Meunier, but of course would relish the opportunity to engage more directly.” (email, 7 May 2004)

Eventually, Sekula’s “more direct engagement” with Meunier went far beyond the “meditation” initiated by Shipwreck and Workers. He also became fascinated with Meunier’s Leuven workplace, a former anatomy amphitheater of the university.6

Situated at the heart of the lower, working-class district of Leuven, it is but a very short walk from there to the Schapenstraat, where Sekula had installed Shipwreck and Workers — his “tidal wave.” In order to “engage more directly” with the place where Meunier had seen himself through such a catastrophe, Sekula elaborated further on the theme of flooding waters and drowning people by attaching to the grille of the fence enclosing the site his photo-textual work Dear Bill Gates (1999) as an outdoor poster installation. With regard to its display, he insisted that Dear Bill Gates, on view from 5 April until 25 September 2005, imperatively be presented in the form of a continuously rippling wave. Through this very focused intervention, including one of his own (actually rare) self-portraits, Sekula here started a more personal dialog with Meunier’s biography.

On many levels of interpretation, Sekula esteemed this work to be a perfect fit for a visual dialog not only with what was the principal tragedy of Meunier’s life — the loss of his sons — but also with the sculptor’s own fate in the history of art. In the above-discussed text panel that he attached on the stage wall of STUK’s outdoor theater, Sekula sharply brings to mind that the works of Meunier, by the time he received his first (posthumous) US retrospective exhibition in 1913 at the Albright Museum in Buffalo, had already been recuperated by the American steel barons, who sponsored the show. After that, Meunier became “largely forgotten by a business civilization that takes abstract pride in ‘hard work.’” Sadly, he adds: “I’m surprised at how infrequently contemporary artists recognize his name.” (Sekula in Baetens and Van Gelder, 2006, 186) For sure, Sekula wanted to express awareness that his own, overtly socially committed oeuvre might eventually suffer a similar fate of being flooded by a wave of oblivion.

THE CONTINUED DIALOG / STAGE SETTING 3: THE ANATOMICAL THEATER, FALL 2016. What was it in Meunier’s artistic imaginary that so much attracted Sekula? One element deserves elaboration here. It is no coincidence that both artists focus on dock laborers, seafarers, and miners. What connects these professions is the permanent danger each individual is exposed to while being on the job. […] For Sekula, depicting the daily world of these workers meant to profoundly know it from having experienced it. For Shipwreck and Workers, he had made sure to personally meet each individual before photographically portraying them. From the ease of their poses, one may observe how they sympathize with him as “one of theirs.” However much workers, over time, may have been feeling betrayed in their trust — and still are today, Sekula here pleas for not giving up, for rebuilding a chain of confidence between individuals who respectfully consider one another true equals in their civil rights. That, for him, could be a fundamental point of departure for re-constructing a viable social fabric. Meunier shared these opinions. He as well chose his models carefully: they were individuals he personally knew and whom he could empathize with. […] By selecting a well-known working- class activist from Leuven to stand model for an Antwerp dock hand — the Antwerp dockers as well in 1893 had already established a firm reputation for their willingness to strike — Meunier, true to the spirit of the Internationale, deliberately installed a more global connection between the struggles of workers everywhere. As was pointed out in 1930 — not without irony:

the famous Antwerp docker therefore is, properly spoken, but a ‘docker from Leuven.’ But since one of the dreams of the inhabitants of Leuven has always been to see their city as a ‘sea port,’ Constantin Meunier has, in this indirect way, given satisfaction to their laudable and honest vanity.

For inclusion in his ultimate project, The Dockers’ Museum, M HKA purchased at Sekula’s request a small bronze cast of Meunier’s The Docker. Now known as TDM 40, Sekula would enigmatically refer to The Docker as a “player on his own behalf.” In that capacity, Sekula made him perform as a key actor within several exhibitions of Ship of Fools / The Dockers’ Museum during his lifetime.9 A printed reproduction of this work, also part of The Dockers’ Museum (TDM 11), is on view during Fall 2016 in the Anatomical Theater.10 It symbolically brings back in once again the tidal waters of Antwerp to Leuven. As in 2005, a warning comes in its wake: no one, especially in the centers of intelligentsia that university towns inevitably are, should close their eyes for the much-unacknowledged efforts of human labor at sea or in the mines, as they provide the necessary fuel to keep the cylindrical motor of our global economy going.

2. That event kicked off a weekendlong international conference around Sekula’s work. Critical Realism in Contemporary Art: Around Allan Sekula’s Photography took place from 2 to 4 September 2005 in the university auditorium adjacent to Cinema Zed, on the then recently reconverted site of the former Chemical Institute (Arenberginstituut).

6. On the occasion of the 2005 exhibition Meunier in Dialogue, Vincent Meessen exhibited his video work N12° 13.062’ / W001 °32.619 Extended (2005) in the university’s former anatomy amfitheater. It is a work that depicts stonemasons in Ouagadougou (Burkina Faso), fabricating bricks to be used for illegal construction in poor areas of  the city.